Not long after my initial blog post here that went viral, Facebook developers finally decided to implement a system that pretty much excludes any extra-curricular diddling. There’s probably a ton of people to thank for that, but just right off the bat, a couple of trolls by the names of Ryan Burkhardt, Shawnee Casteel (Rios) and a handful of very, very bored people simply found that they couldn’t handle knowledge of my existence among them and my willingness to help others for no good reason,  without running to 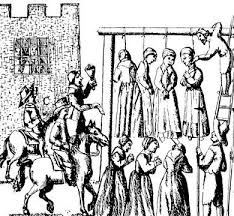 handle every issue, every spat, and every cause they dedicate themselves to. Which mostly just seemed like some weird atheist cult bent at yelling at other people for sharing meme’s without exulting them for their creations. I know it still hurts, but I don’t need an atheist preacher. No, thank you.

I was warned of everything! Someone will infiltrate your admin group and you’ll be in trouble! Annnd, then shortly after, they, in fact, joined the admin group. Not long after that they began to systematically email my supervisor. When my supervisor pretty much just laughed it off, they started screaming about how I was a scam artist, how I was taking money to unban people, but still, even to this very day, cannot provide one single shred of evidence. Eventually I just had to call the cops my damned self, and I can’t even express how much I hate doing that. So weird. So strange to be witch-hunted by a group of atheist who pretend they have critical thoughts and real concerns. But not shocking. Not even a little bit. I’ve been there so many times before. I’ve been doing this job off and on for years.

After about six months in from the blog post, the system went in that prevented anyone from accessing the system outside of working hours. The monitoring system got a bit more intense too, now taking random screen shots. They used to be on a 15 minute timer. After the ‘update to security’ I had up to 5 per minute. For that reason, I disbanded the group, began accepting personal invites to the groups that needed my help and in a covert way found the time to barely manage the most serious of issues. I continue to do that now in that fashion, and sometimes on quite a delay and certainly not as 100% anymore. Trolls seem to get by the security system I used for so many years on occasion.

I really only found the time to write today because of something that happened in a group as well as the fact that my vacation time ends on October 1st and I wanted to share one piece of advice about the most common question I get.

What do I do if someone local is harassing me on facebook? I feel threatened physically, etc.

This is it. This is what you do. This is the order.

I always have a fair share of people who really just hate me and live to attempt to foil me in whatever annoying fashion they can. I have no idea why. I am so fucking endearing and fancy and all that shit, but to each their own. I’ve always known that having a few enemies means you’re probably doing something right. Not like, Genghis Khan hoards of enemies or anything. Maybe like however many people hate Dr. Oz. these days. But here I’ve been, dreading going back to work from my only vacation I’ve ever taken from this job in 7 years so I’ve been trying to re acclimate myself to the whole stinkin’ bloody damned thing. In the process I tried to participate in some of the groups I’ve been invited to. Not long into the first one, I was accused of making a death threat. The best part isn’t that that’s total bullshit, it’s that the death threat itself is because I stated what is basically well-known public fact by now.

If you have a problem beyond that that you think I can fix, as always, you’re welcome to find me on facebook.